As the world reopens, we can help you celebrate life: enjoy more of what you love—safely—so you will always have the best seat in the house. We understand that each situation is unique and are proud to be more flexible than we ever have been before. Get in touch; we'd love to learn more about how we can create your next great experience! Born to two of the industry’s most talented gospel singers, JAMISON™ is no stranger to the art of music. The Detroit-raised singer spent his youth as a drummer touring the country with several mainstream gospel quartets, then became their background singer by the age of nineteen. Not long after, the artist known as “JAMISON” emerged, ready to share his voice with the world.  After being signed to two music contracts, he later went on to be an independent artist and founded the marking and branding firm, The Lovers Team.  JAMISON’s musical roots coupled with his unparalleled marketing skills landed him an opportunity to become a Brand Ambassador for Pernod Ricard working with Martel Blue Swift. 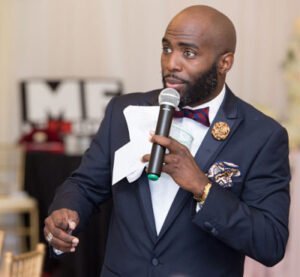 JASON” aka “International J Boy” is an American Actor/Entertainer born and raised in Richmond, VA. He’s the star/writer/director of a hit web series and an accomplished recording artist. A self-made rising star on the highly competitive American entertainment scene; J Boy developed his irresistibly charismatic, fearless stage presence at an early age. He says thanks to his mom pushing him to speak in front of people and never fear public speaking. J Boy is one of the faces and voices of Playdate Atlanta, one of Atlanta’s most popular monthly events and home of the national Playdate brand. He was named 2013 ATLs Hottest Host, and is one of the southeast most sought after personalities.

Hosting The Atlanta Prom, ATL Mardi Gras Ball, The Essence Music Festival, Sky Lounge Wednesday, Saturday Mixx, plus the thousands of followers on social media; the JASON brand is definitely one to be aligned with. J Boy says “no stage is too big or too small they all deserve the same high energy.” JASON’s gigs have run from the night club scene, Award shows, weddings and banquets to domestic and international trips; national contest and festivals. He has represented major brands such as BET, American Cancer Society, Amtrak, Ford Motor Company, V 103, T Mobile, Samsung and Visa to name a few. His great talent has afforded him the opportunity to appear on Tyler Perry’s House of Payne, The Steve Harvey Morning Show with Nephew Tommy, and share the stage with Steve Harvey himself at the Hoodie Awards in Las Vegas. Obviously no stranger to the big stage, the comedic J Boy is a ball of contagious/infectious positive energy, the Life of any party, a brand. DJ Genius is one of the country’s premier open-format, interactive entertainers. He has perfected the art of blending world class song selection with a unique style of high-energy crowd engagement. He enjoys creating unique environments for his audiences and his live remixes are in high demand internationally. DJ Genius also excels at Corporate entertainment. He has an uncanny ability to create brand affinity with a crowd through his hosting, song selection and interactive performance elements. Many of the world’s top brands trust DJ Genius.